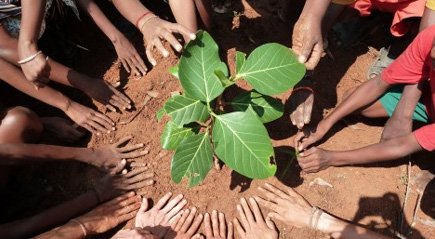 Faced with climatic phenomena more and more galloping, the power of Yaounde puts the future of the man in the center of its concerns.

With regard to the institutional mechanism, the Ministry of Environment, Nature Protection and Sustainable Development (Minepded), created by the President of the Republic in 2004, is responsible for the development, implementation and and the assessment of the Government’s policy on the environment, nature protection and sustainable development. Minepded has been entrusted with the implementation of the National Environmental Management Plan (Pnge), a general framework of reference for the various sectoral environmental management actions in Cameroon.

The other structure that plays a leading role in the fight against climate change is the Ministry of Forest and Wildlife (Minfof). Created in 2004, the Minfof is a highly strategic administration in a country with a large forest (forests cover 22.5 million hectares, of which 17 million exploitable, or 40% of the territory). Cameroon is also home to one of the richest and most diverse fauna on the continent and ranks in the 5thAfrican rank, from the point of view of biodiversity, after the DRC, Madagascar, Tanzania and South Africa. With particular regard to the fight against climate change, the National Observatory on Climate Change (Onacc) is expected to play a key role.

Minfof has developed a National Forest Development Plan (Pndf), which includes measures to reduce emissions from deforestation and forest degradation. Apart from Minepded and Minfof, the other public administrations that play a significant role in the protection of the environment in Cameroon are: the Ministry of Agriculture and Rural Development (Minader), the Ministry of Livestock , Fisheries and Animal Industries (Minader), the Ministry of Energy and Water (Minee), the Ministry of Transport (Mintransp), and the Ministry of Economy, Planning and Development Territory (Minepat). With particular regard to the fight against climate change, the National Observatory on Climate Change (Onacc) is expected to play a key role. Created by presidential decree of December 10, 2009, this public administrative institution, under the technical supervision of Minepded, has the following missions: “to monitor and evaluate the socio-economic and environmental impacts of climate change and to propose preventive measures , mitigation and / or adaptation to the adverse effects and risks associated with these changes “. The Onacc will in particular: establish the relevant climate indicators for the monitoring of the environmental policy; to draw up the climatic record of Cameroon; collect, analyze and make available to decision-makers the baseline information on climate change in Cameroon; propose preventive measures to reduce greenhouse gas emissions, as well as mitigation and / or adaptation measures to the adverse effects of climate change. The logic underlying the actions of all these public actors involved in the fight against climate change is the well-being of Cameroonians. The public authorities consider the environment as a precious asset that must be preserved for present and future generations. They also believe that actions to protect the environment must be compatible with the imperatives of economic and social development. With regard to concrete actions to combat climate change, thousands of hectares of Cameroon’s forests are now classified as “protected areas”, which allows them to be preserved, and at the same time, to reduce related emissions. To deforestation.

In addition to forest preservation, the Government of Cameroon places special emphasis on the regeneration of forests. For example, in 2009, MINFOF and the National Agency for Forest Development Support (Anafor) planted nearly three million trees in Cameroon. The Government has also put in place legal instruments to combat logging and illegal logging. For the protection of wildlife, the Government, with the support of NGOs, is fighting a fierce battle against poaching. Minfof is also making efforts to protect endangered species. The Government is sensitizing rural populations to the adverse effects of the intensive and abusive use of firewood. In June 2009, the Minepded launched a campaign to popularize improved stoves that use less firewood. In December 2009, nearly 20,000 of these ovens had already been distributed to the populations of the northern part of Cameroon. Cameroon has enormous potential for renewable energy, including hydroelectricity, biomass and solar energy. The Minee leads a reflection on the progressive reduction of the use of fossil fuels and the promotion of renewable energies, more concerned with the protection of the environment.