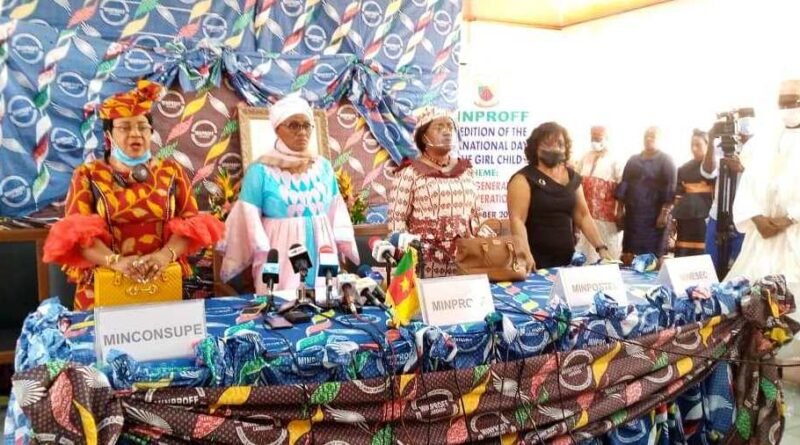 The Minister of Women Empowerment and the Family (MINPROFF) has implored parents, families, caretakers and the society as a whole to assist young girls in the responsible use of the social media, so as to limit the female digital scandals that no longer make news on social media today.

Marie  Thérèse Abena Ondoa was talking in a press briefing granted in Yaoundé on Monday, October 11, 2021, on the occasion of the of the commemoration 10th edition of the International Day of the Girl Child celebrated under the theme “Digital Generation, Our Generation.” The commemoration of this day comes at moment when Cameroon is exposed to many unethical content disseminated on social media, which is not only detrimental to the dignity and personality of the girl child, but sometimes leads to trauma, isolation and eventual death.

In recent times, videos and pictures of naked girls either carrying out sexual practices or sex-related activities have been going viral of social media, with most of the perpetrators, who usually hide their faces during acts blackmailing the ladies. The case of Malicka Bayemi, the 18-year-old girl who was sexually abused by a radio sport commentator (Martin Camus Mimb) in June 2021 still speaks till date. Besides being abused sexually, financial, materially or in any other form,  youths and young girls in particular have be misusing the social media to publicise sex tapes, ogies and other immoral practices. The 2020-2021 academic year was unprecedentedly marked by a series of such practices.

Barely a week after this incident,  a form five student of the Government Bilingual High Deido in Douala identified as Ombette Ambata was caught in a homosexual act with an old father. This was after the boy obtained permission from school on the pretext of an illness. Two students of the Government Bilingual High School Edea were also caught in the middle of the act on March 17 this same year.

It is in this light that the MINPROF boss calls on youths to focus on the positive benefit of the social media, rather than using it to tarnish their images. “Many girls continue to use the social media irresponsibly or for dating purposes that expose them to cases violation of their fundamental rights. I used this opportunity to call for the responsible use of the internet, Whatsapp, Instagram and Twitter among other social networks,” urged Make Thérèse Ondoa.

She added that parents should monitor the activities of their children online. “I call on parents to control and limit where necessary, the use of smart phones and other devices they give to their children. These gadgets are spreading unethical content, without considering the vulnerability of our children.”

The minister further indicated that the Boko Haram insurgencies and the sociopolitical crisis rocking the Northwest and Southwest regions of the country have contributed in escalating the exposure of young girls to repugnant practices such as sexual harassment and assault, forced marriages, unwanted pregnancies, abuse and neglect, slavery in disguise, sales, trafficking and smuggling of children and the girl child in particular.

Given the upcoming African Cup of Nations, a continental event that is usually marked by the sexual exploitation and deceit of the girl child, parents have been called upon to play their full role in the supervision and protection of their children without distinction, before, during and after the continue football jamboree to be played in Cameron between January 9 and February 6, 2021.

It is worth recalling that this press briefing took place in the presence of the Minister of Secondary Education, Prof. Pauline Nalova Lyonga, the Minister of Post and Telecommunication, Minette Libom Li Likeng and the Minister Delegate at the presidency in Charge of Supreme State Audit, Mbah Acha Rose.

This year’s theme, “the Digital Generation, Our Generation” focuses on bridging the gap between the male and the female child regarding the use of the digital media, which is currently male dominant. As indicated by the minister, many of the manual jobs presently held by women will disappear in the nearest future. This is why thye should not be left behind in a world that is quicky being digitalised.

Public authorities on their part say they are taking necessary measures to accelerate the digitalisation of the female child, and to protect them in Virtual spaces. This is through institutions like the Charter for the Protection of Children Online, under the supervision of the Ministry of Post and Telecommunication. Again according to Minister Marie Thérèse Abena Ondoa, the government and its partners, notably Plan International Cameroon and sparing no effort in the fight against scourges levied on the female child.

Jean-Baptiste Nyebel, Deputy Director of the Protection of Women and the Family 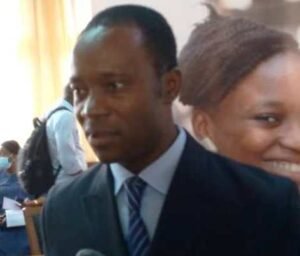 What is the International Day of the Girl Child all about?

October 11 each year offers the international community the opportunity to reflect on the status of the girl child in the society.  This is the reason why Cameroon joins the international community to commemorate in a particularly way this day dedicated to the young girl. The girl child in Cameroon is exposed to number activities that can be overestimated.

What are the most remarkable difficulties encountered by the young girl in Cameroon?

The list is not exhaustive, but we know the issue of child marriage for example.  You know that girls are given out on early marriage and that greatly limits their opportunities include education.  A girl who has never been to school will not be able to do much for her children. There is also the question of the education of the young girl, because there are still families today in Cameroon that think that if there is not enough renenue, it is necessary to privilege the young boy and leave the girl aside because later she will go to marriage.  So it is a question of ensuring that the young girl is educated in the same way as the boy. There is the issue of sexual violence. Whether in the family setup, in communities or in schools, we know that the girl child is uncomfortable in Cameroon, she is in total insecurity.

What can the girl do to escape the threats of social media platforms?

It must be said that a child must be supervised by parents.  They should not let the child use the phone without supervision.  Let parents not behave as if they give birth to children and society takes care of them.  We are the ones who offer the gadgets to the children but we no longer control them.  You know that the child is that being who likes to go towards danger.  So the girl can get out of there through education.   So we motivate ourselves and everyone to do what has to be done at their different levels. It is therefore necessary that everyone in their community, family or workplace takes action, because together we can achieve this. 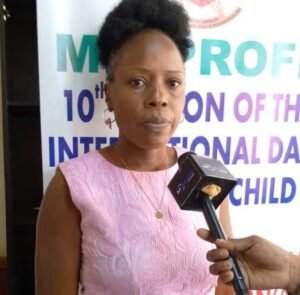 ally here celebrating the International day of the girl child under the theme Digital Generation Our Generation.  The International community chose this theme because we are all witnesses of what is happening on the internet. Young girls are not using the internet responsibly. So it is time to sensitize young girls, putting them back on the right track and show them how they can better use the digital media for their future.