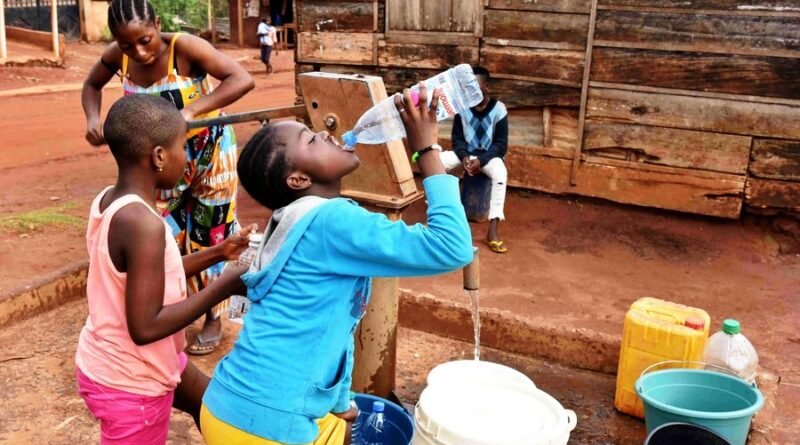 Supply of safe drinking water for humans is a critical problem in Yaoundé, more importantly in remote areas due to the hyper centralization of public management services. As in other parts of the city but less in more developed neighborhoods, most neighborhoods of the city neither have access to potable water, nor a continuous water supply system. This has led majority of people to use surface, well, bore hole and river water as alternative sources of drinking-water and for other water needs.

Safe drinking-water is an essential resource for human life, a basic human right and one of the key components of effective health protection policy. It is known that drinking-water is one of the main transmission pathways for diarrheal, cholera, typhoid and other diseases. It is also established that improving the bacteriological quality of drinking-water significantly reduces the risk of waterborne diseases

Talking to Échos Santé recently, Yaoundé denizens expressed discontent with the quality of water supplied to them by Camwater. They describe the water as “colourful, tasteful and smells.” This water, they say is not good to carry out their domestic activities, not to talk of drinking. “The water is brown or yellowish at times. When put is a bucket, it looks like runoff that has been fetched. This is water that is supposed to be drunk. Imagine what drinking water with taste and odour can do to our health. Even my white clothes have been turned brown, because I wash them with dirty water,” Joelle Tchinda explained.

As they pay water bill monthly, these city dwellers prefer to be supplied water that can be drunk without any complaints. Given the risks involved in drinking the kind of water they have, many persons have switched to other available sources of water such as well, borehole and river water. Some simply boil the water, while others filter it.  Those who are financially outstanding go in for mineral water.

Inhabitants who fetch water from open sources are likely exposed to diseases such as diarrhoea, cholera, hepatitis A, dysentery, typhoid, and polio. Thus, every effort should be made to achieve as at is factory drinking-water supply to all in terms of adequacy, safety and accessibility

A water source is considered as improved if the nature of its construction satisfactorily protects the water from any external contamination, especially faeces. This is not always the case in Yaoundé as most waters are exposed in open air. According to the World Health Organization, 785 million people lack even the basic drinking-water service, including 144 million people who are dependent on surface water. Globally, atleast 2 billion people use a drinking water source contaminated with faeces.

By 2025, half of the world’s population will be living in water-stressed areas. In least developed countries, 22% of health care facilities have no water service, 21% no sanitation service, and 22% now as management service.